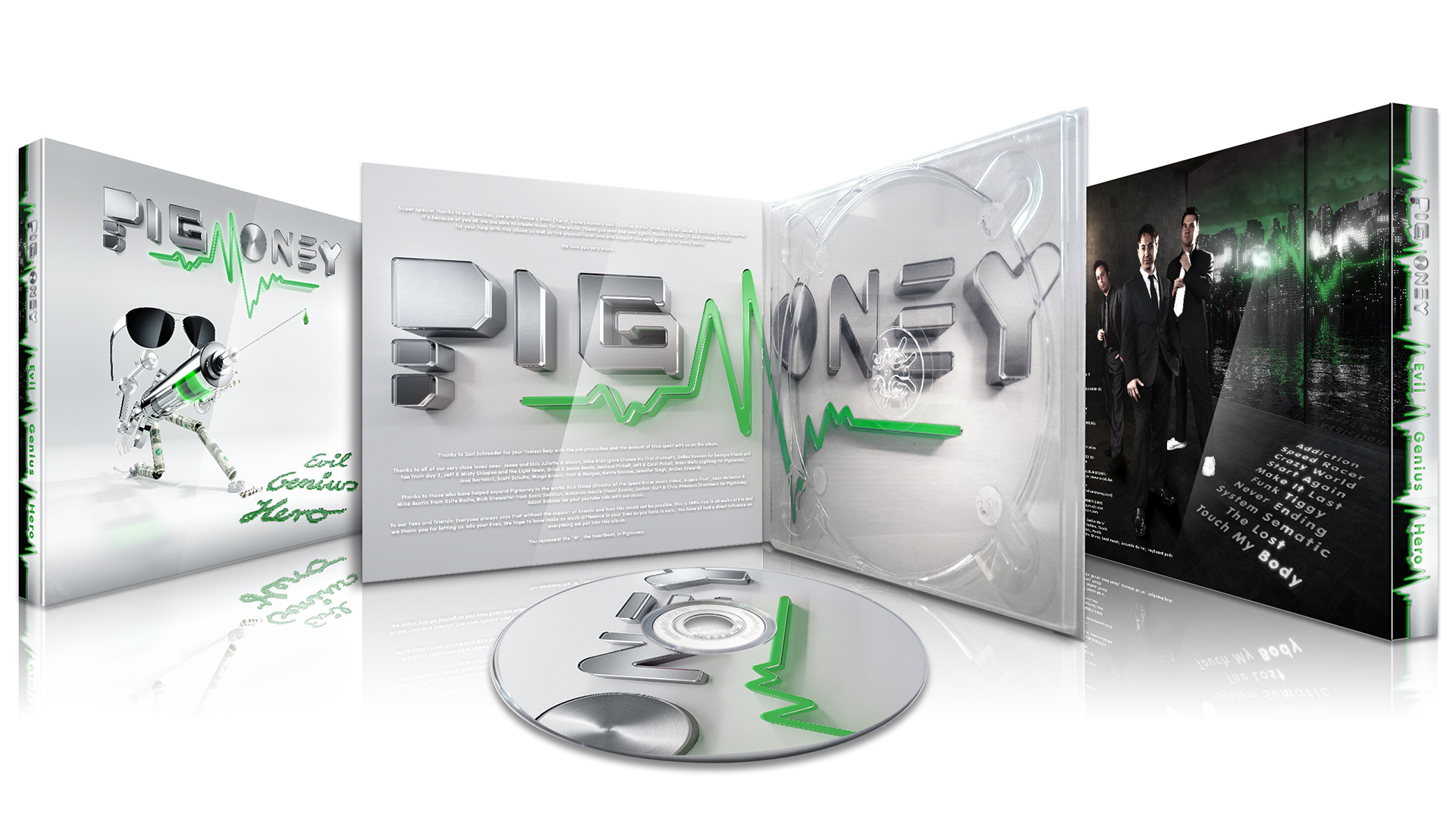 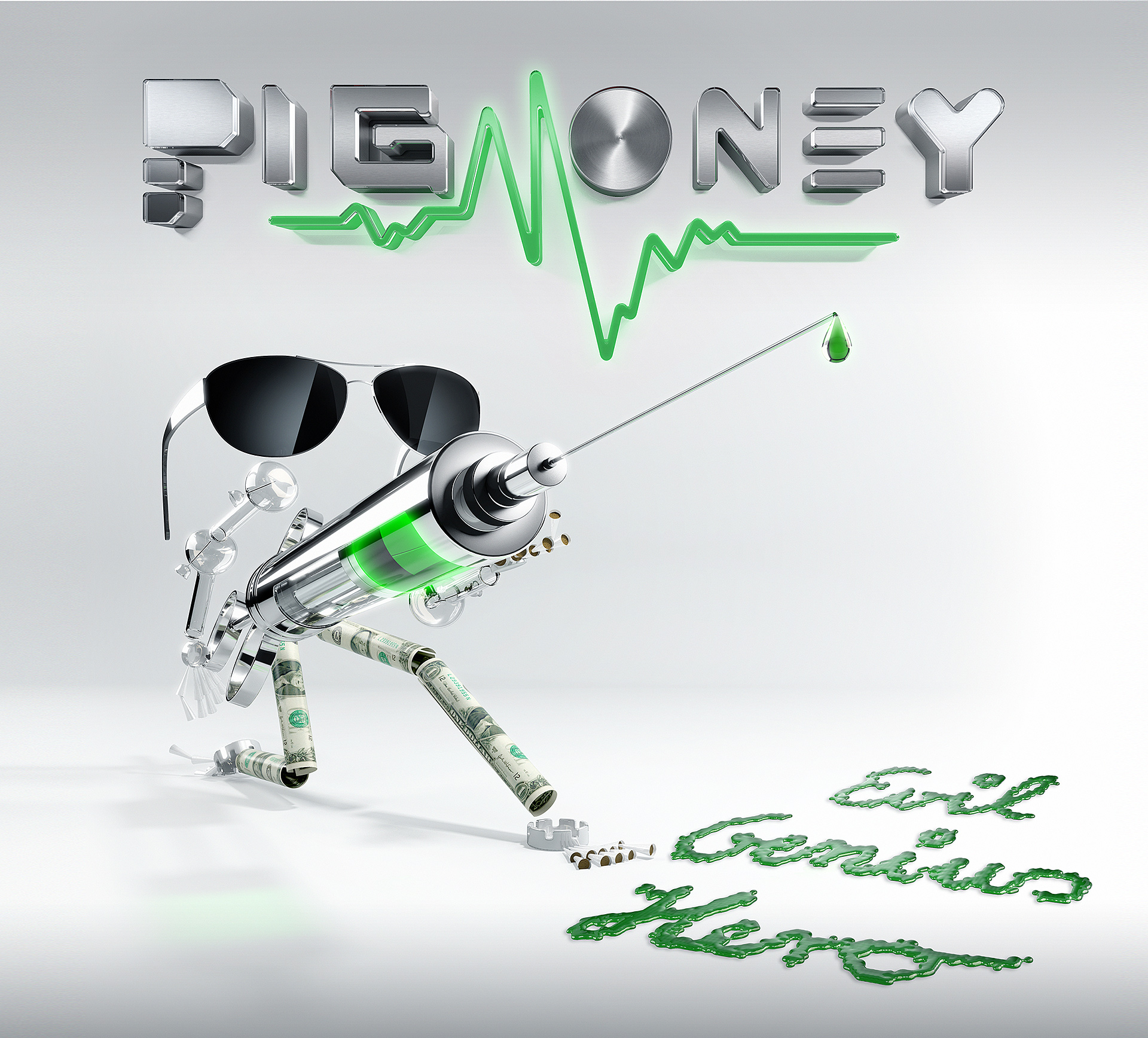 In the lasts months, I had the pleasure to create the whole album artwork for the band pigmoneymusic.com. Together, we did visualize that “evil genius hero”, made out of money, drugs and rock & roll. The Backcover was shooted by Carl Mahoney studiomahoney.com. I did cut out the guys and rendered the “evil city” background. The whole project was a pleasure, as the guys just “let the artist be the artist”. The band did gave me an instrumental version of the song “Touch my body” for the R8 video. Thank you so much guys! I wish you all the best with your really awesome new album. You did a great job! 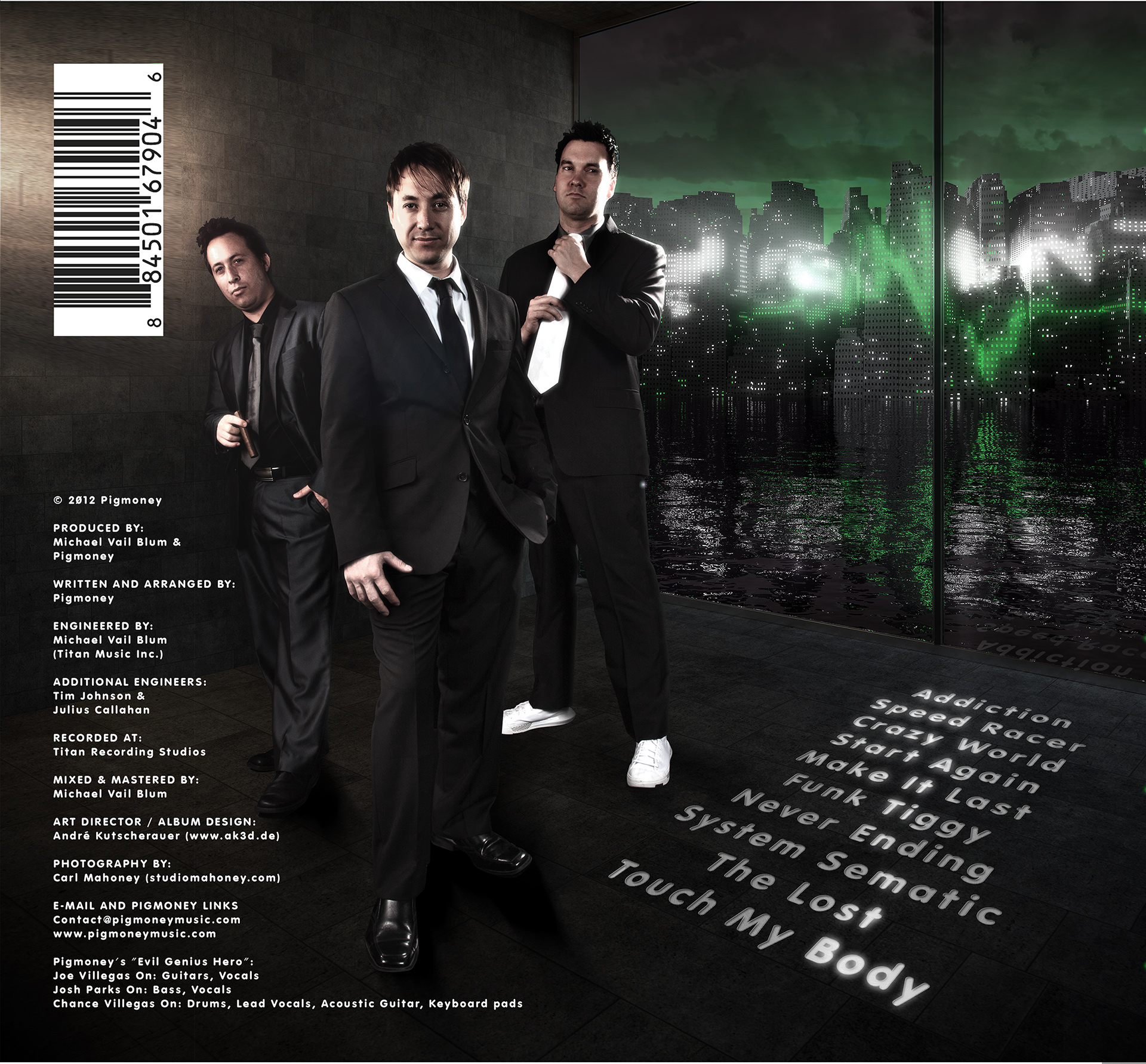 consists of Chance Villegas (Lead Vocals/Drums), Joe Villegas (Guitar/Vocals), and Parks (Bass/Vocals). They originate out of Tucson, AZ, where they grew up as childhood friends in the same neighborhood.Over the course of their time together, each member of the band has become a better writer and a better player. Chance now sings and plays highly energetic drums at the same time, while Joe and Parks contribute their voices to all of the songs, making Pigmoney stand out in the rock genre. The sound they have created is fearless and they are highly anticipating the release of their new album, “Evil Genius Hero.”