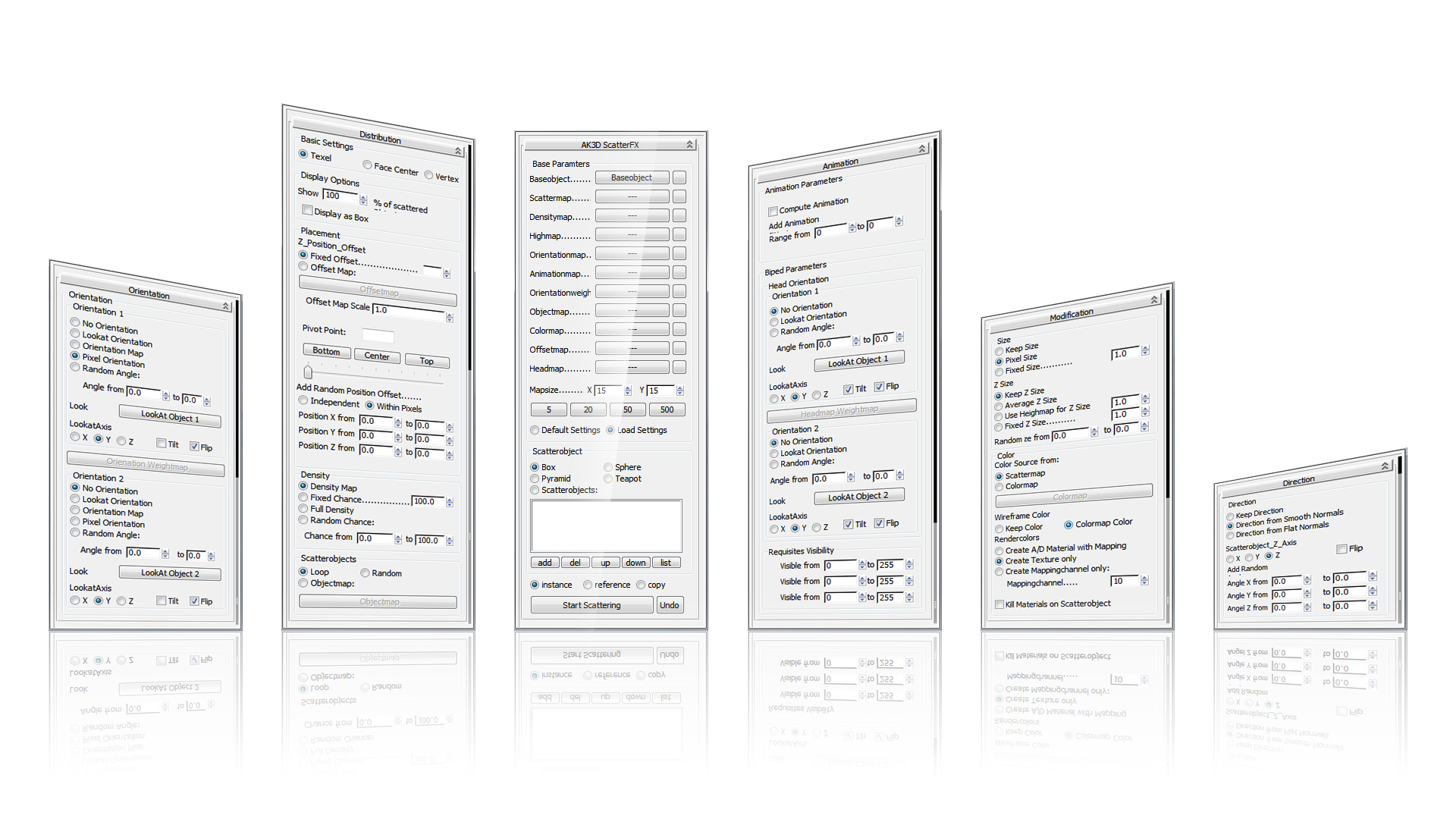 AK3D ScatterFX is a Map Controlled Scatter Tool for 3ds Max. It is designed for maximum creative control about the scatter process and it´s made for Free Art Projects, Marketing Projects, Architecture Projects and Map Controlled Crowd Population. 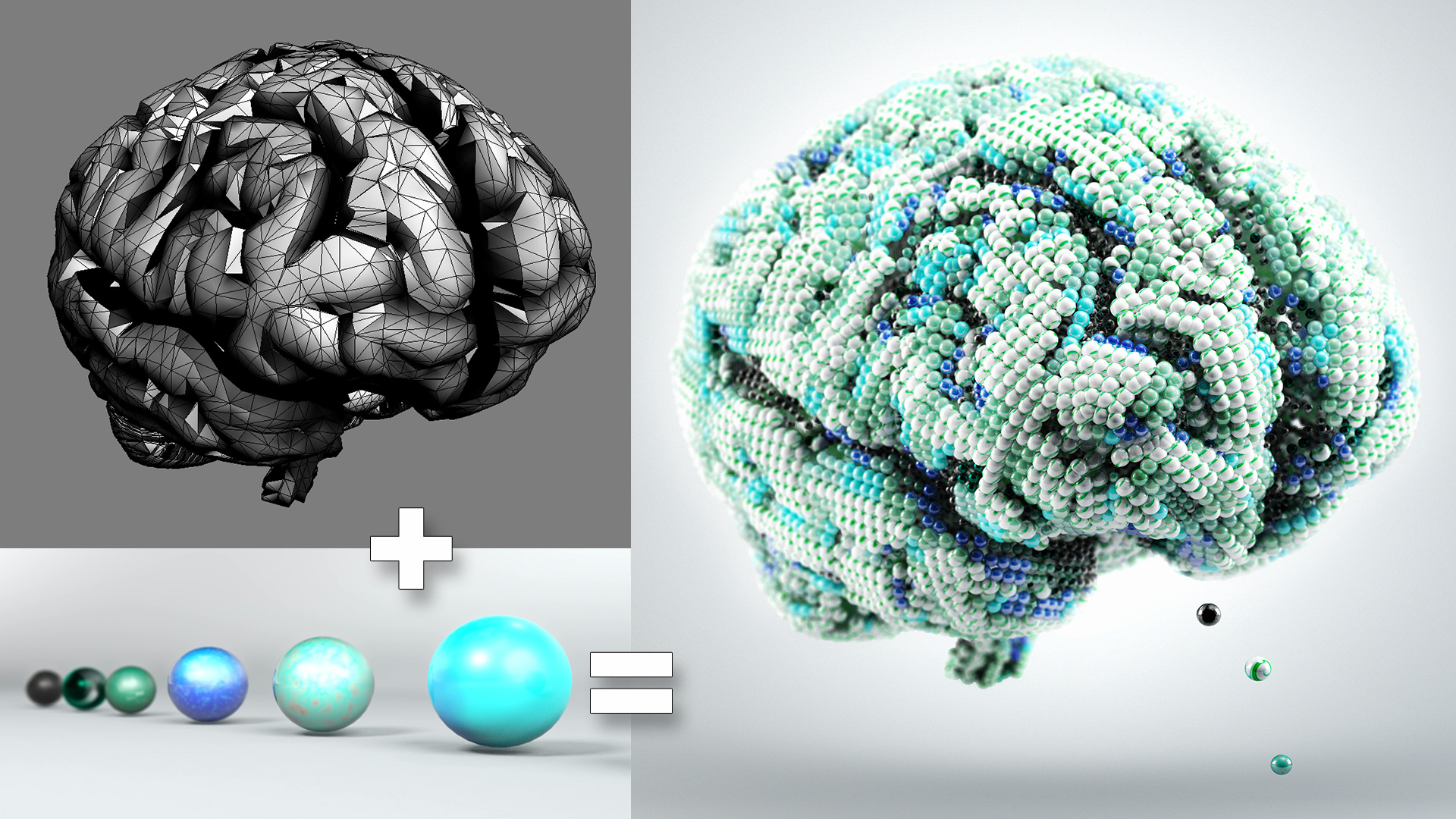 The workflow is as easy as in this screenshot. Chose and Baseobject, setup some Maps and select one ore more objects to scatter. You can easily create hundreds or thousends of instances of an object. With the maps you have absolute control over the exact behavior of every single object. 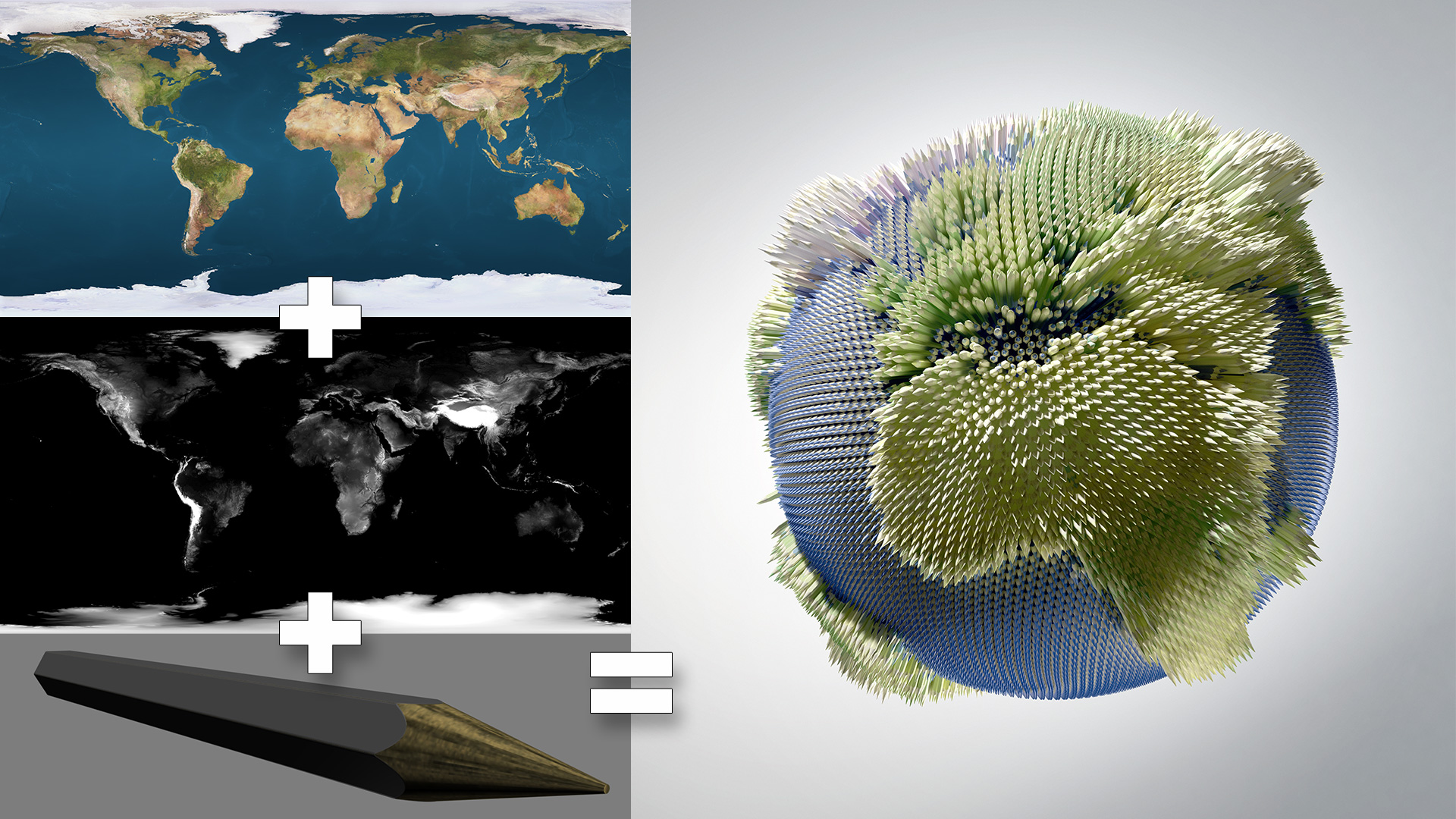 You can setup up to ten different control maps for controlling the scatter process. These maps can be bitmaps or procedurals and they can have different mapping channels. For this image only two maps was used. One heightmap and one diffusemap of globe. With this maps and just one Masterpencil, ScatterFX was able to create the “Creative world”. 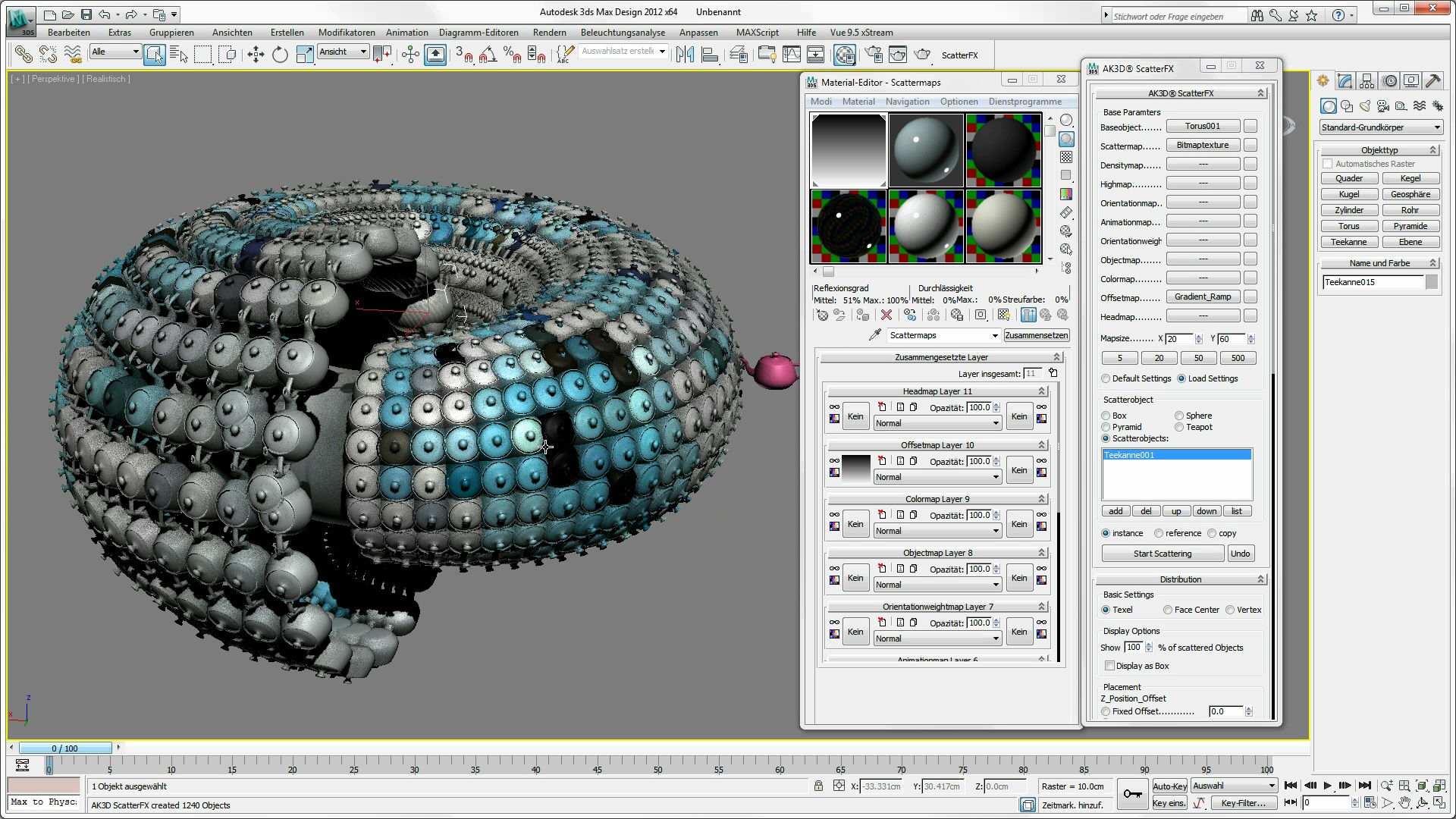 Thanks to its consequent modular structure, all these maps can be combined to create endless combinations. It got some primitives inside and a advanced “Undo” function to quickly preview the current settings to fine-tune the result. All settings are stored within the Baseobject. 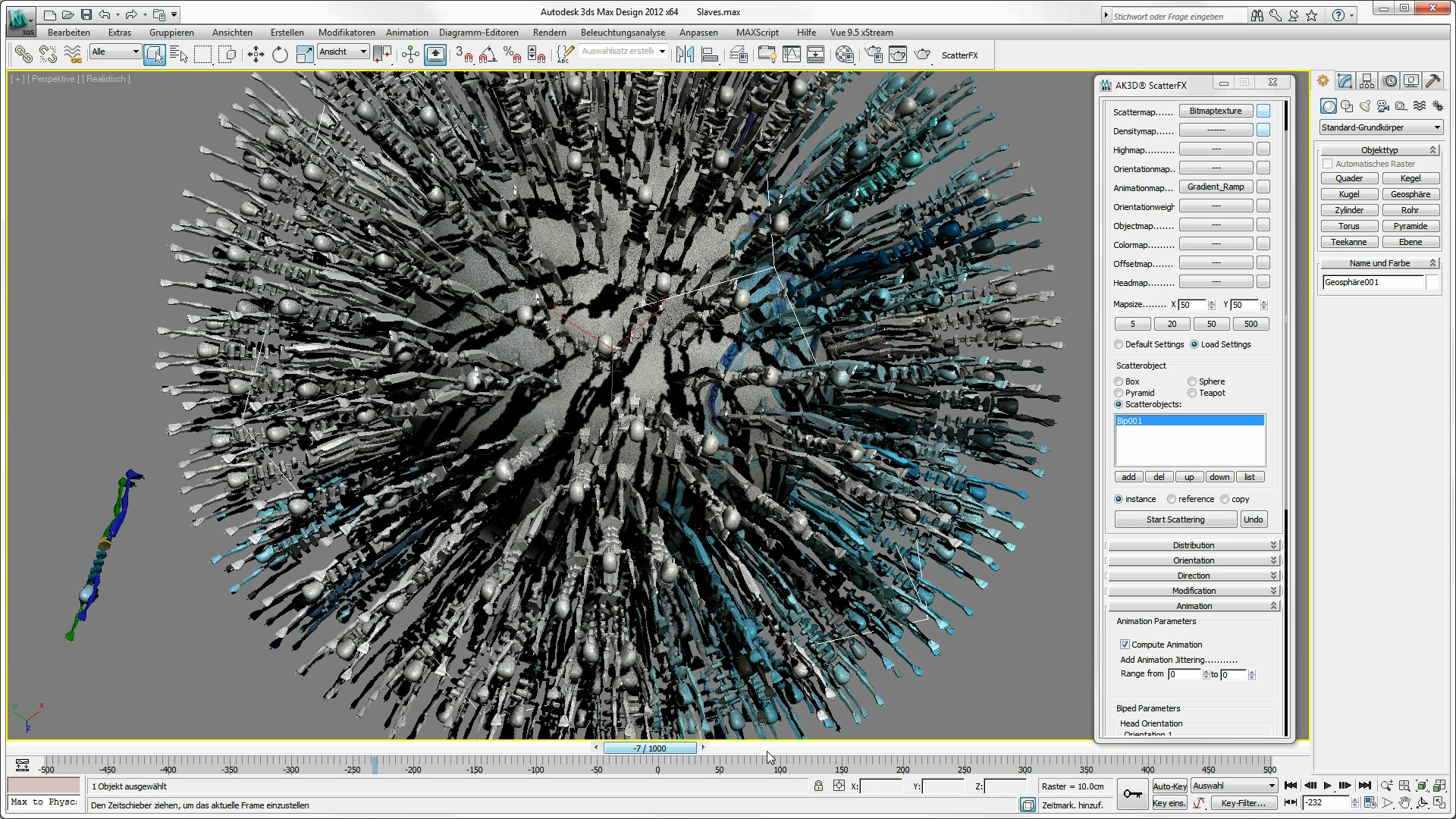 You can even scatter full rigged Bipeds! You have complete control about, where bipeds should stand, in what direction their body should be turned and you even can control the Head LookAt direction separately. You can setup up to two LookAt direction where biped should be staring at and Mix them via a “Headorientationmap”. 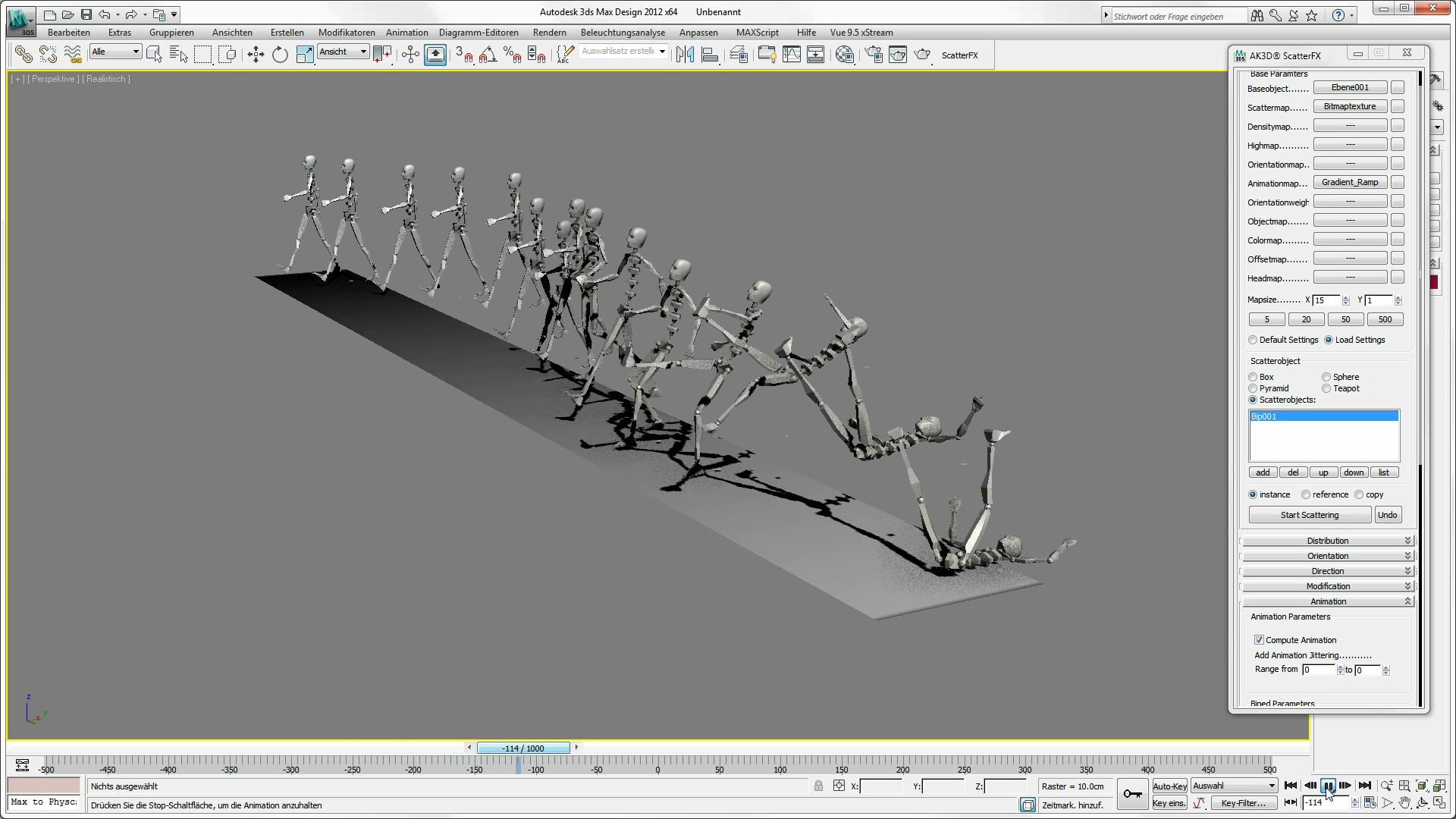 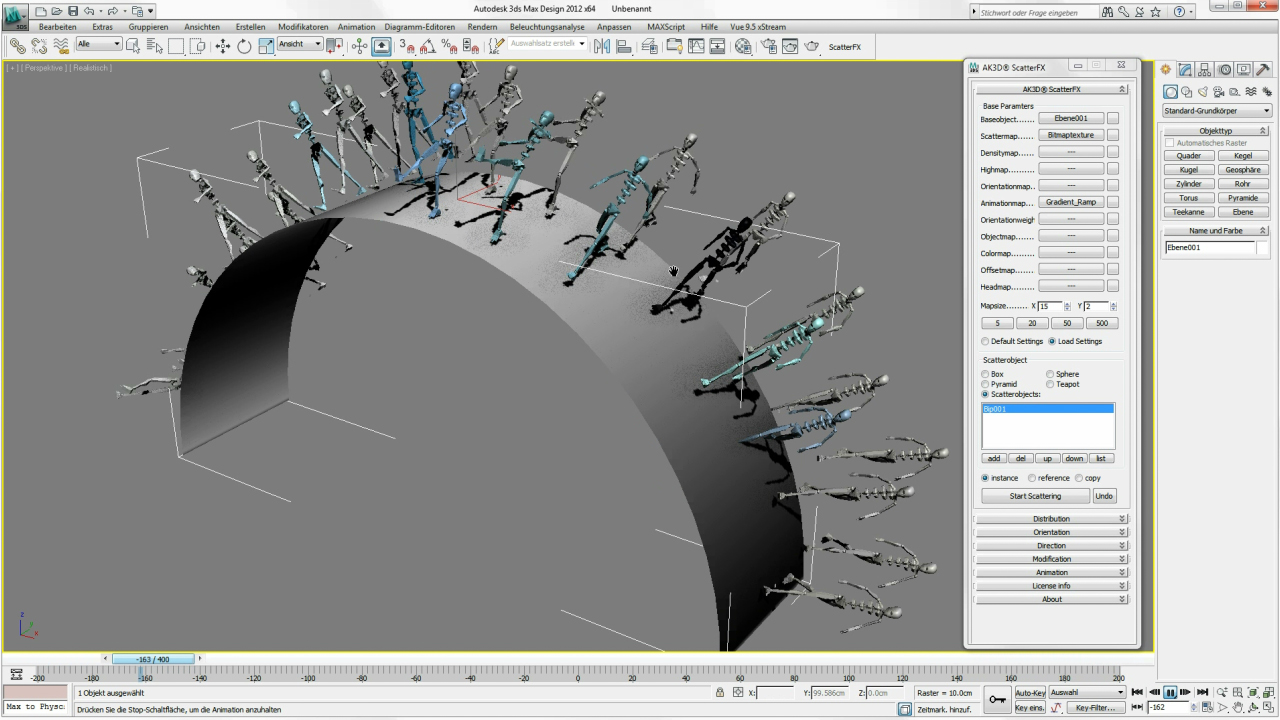 Bipeds that are on a black pixel are the placed with their animation frame one and if a biped stands on a white Pixel it shows the last frame pose! It took less than two minutes to set this up with ScatterFX. This is a completely new way of population huge places with people and precise control about every state of every single biped. All other settings. You can let them lookAt different target, map them color to requistes. 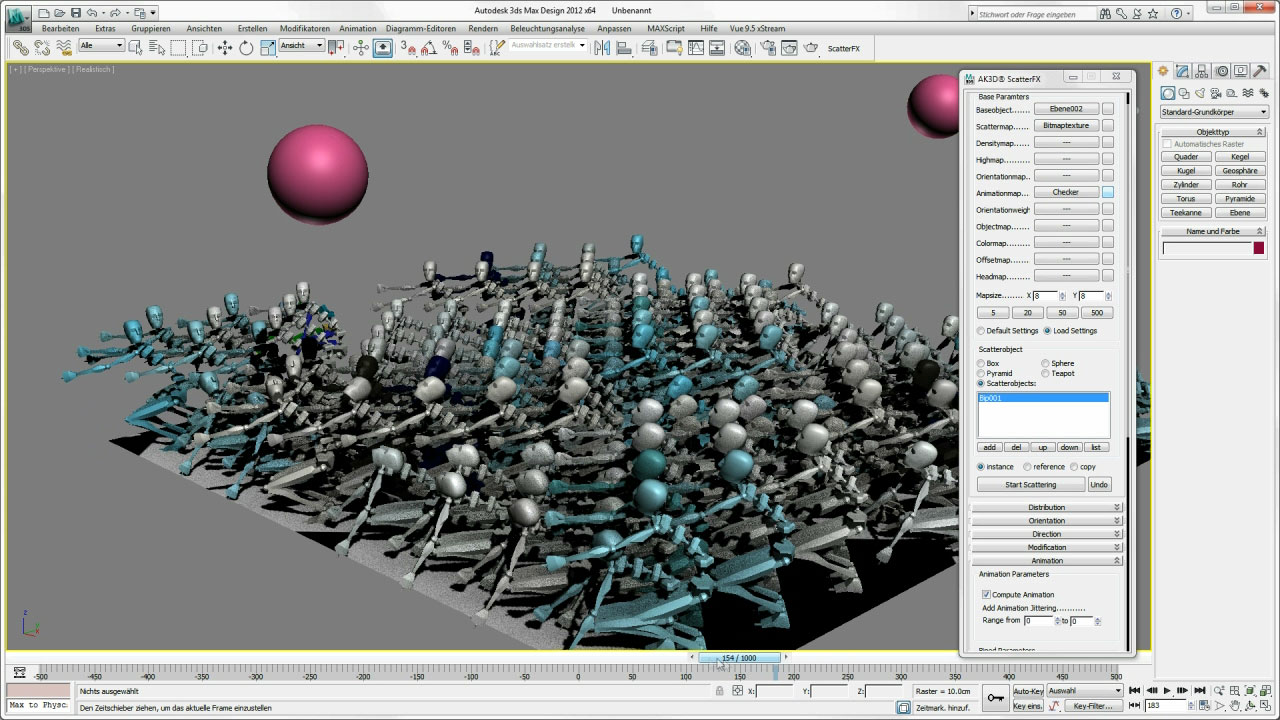 Thanks to the “Look @ Me” function, you can place the bipeds on an object, turn their bodys via a control map, give them a pose via the Animationmap AND finally you can setup up to two LookAtMe Targets that will control all bipeds heads independenly from their bodys! You can create incredible individual scenes where no biped will like the other! 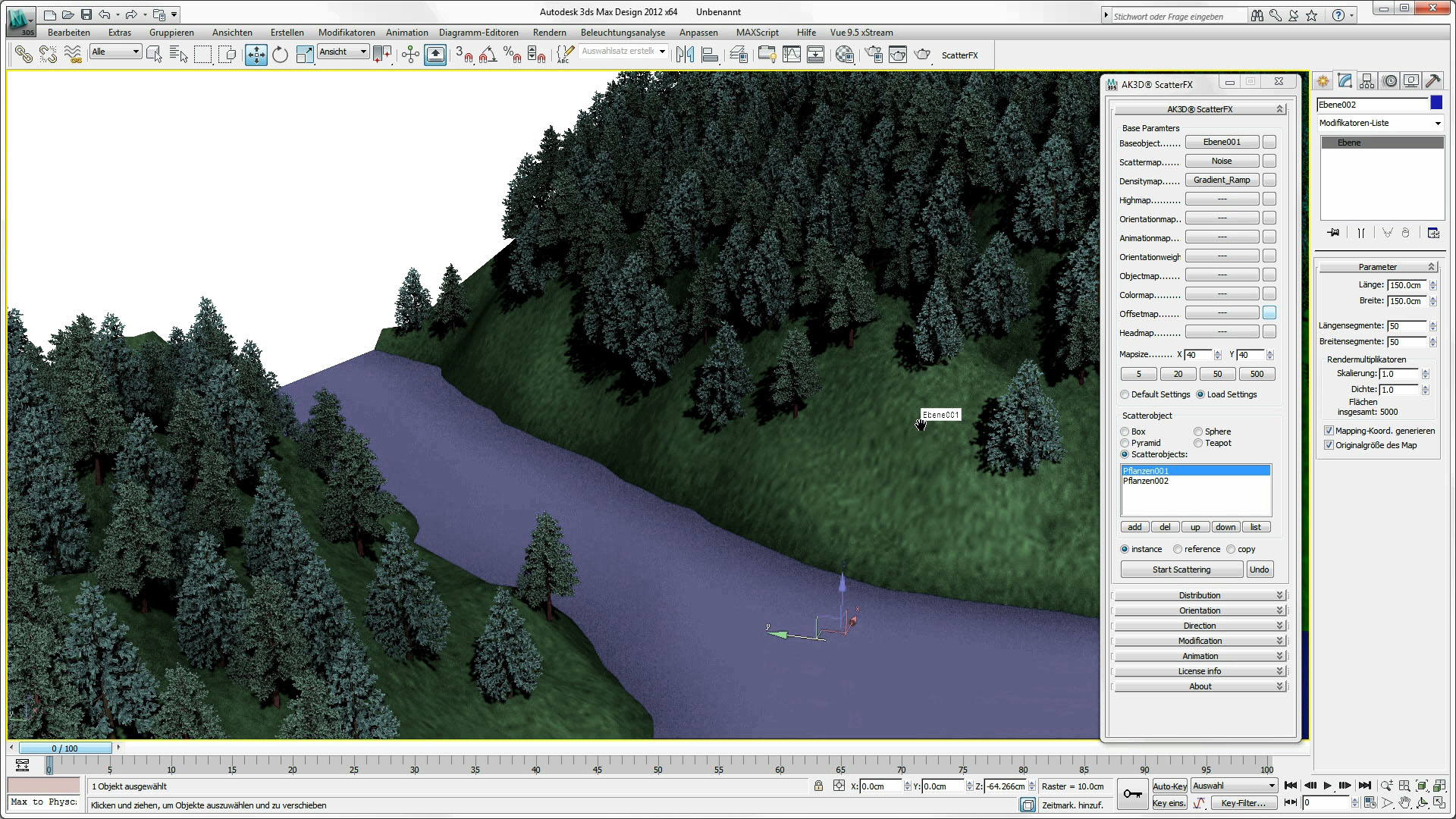 With the tools you can create whole forests with just some less Base Plants. With the help of some procedural Gradients you can setup exactly where trees should grow and where not. You can add random values to all settings for more natural results. There are a lot of viewport performance optimizations. For example you can let only show a percentage of the final count in viewport. 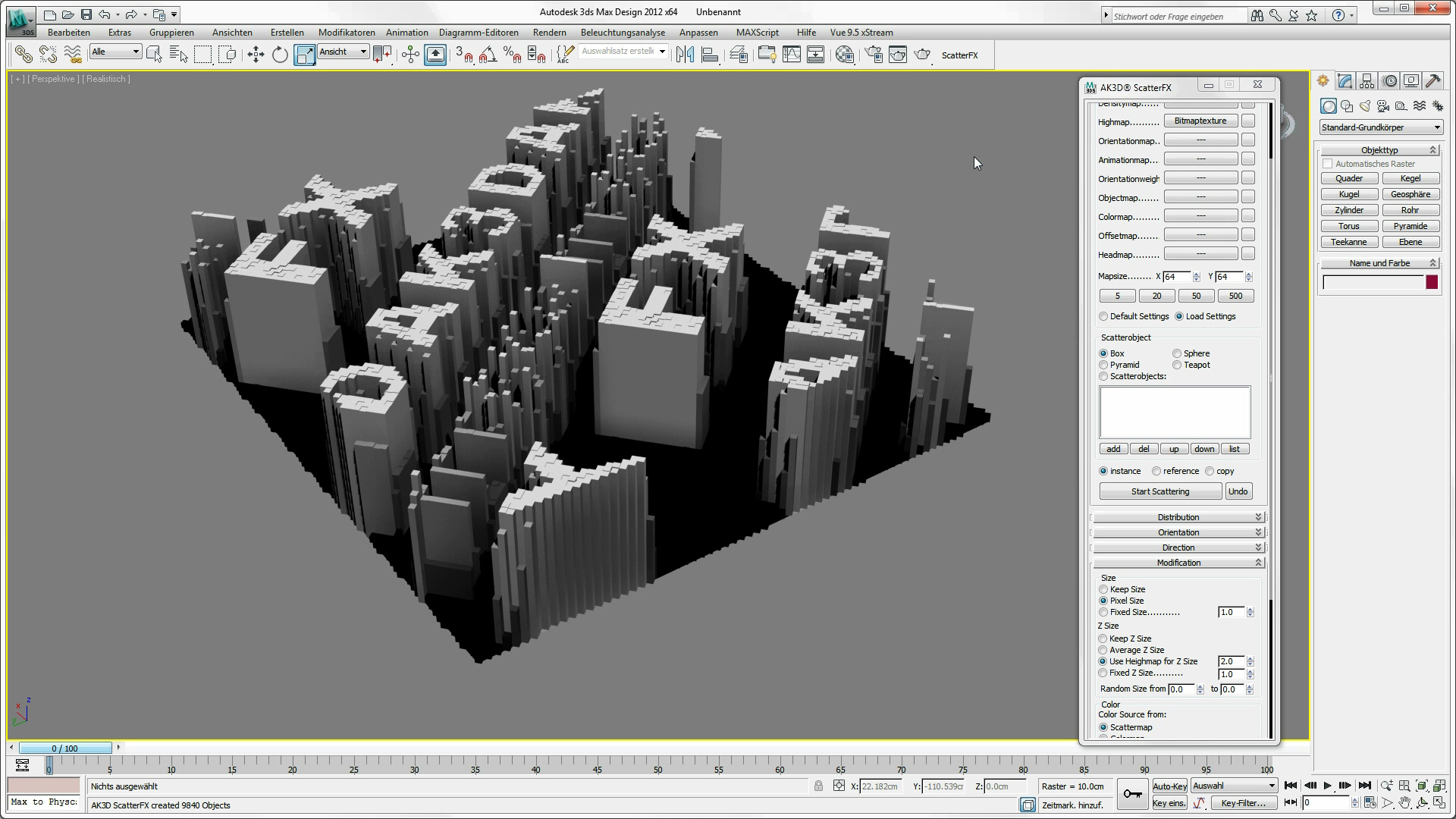 All objects can be only shown while rendering and as they can be instances, memory consumption is as low as possible. You can shade thousands of objects with different colors with just one A&D shader. ScatterFX reads every UVW mapping on the object automatically. You can easily edit it via Gizmo transformation and with different channels.